Best Of Boston Things To Do

The Best of Boston

Boston, which is the largest city in Massachusetts, has been instrumental to the development of the country.  This New England city is steeped in the early history of the United States and offers many opportunities to learn about the beginnings of the country.  Here are some things you need to do while visiting this city.

Start your visit to Boston with a walk along the Freedom Trail.  Follow the red line painted on the sidewalk to take a self-guided tour of the American Revolution sites, such as museums, churches, and meeting houses.  The line starts at the Boston Common, America’s oldest public park and runs for 2.5 miles to the Bunker Hill Monument.  You can choose to do the entire Freedom Trail, or only a portion to the places you are interested in.

With over 450,000 works of art, Boston’s Museum of Fine Arts is huge and well worth a few hours of your time.  Although, you could spend an entire day there and still not see it all.  The museum’s collection includes impressive French Impressionist paintings and an extensive Classical collection.  In addition to the standard exhibits, there are rotating special exhibits as well.

Baseball fans can’t miss this tour.  Fenway Park, home to the Boston Red Sox, is the oldest ballpark in Major League history.  The park has hosted the World Series ten times, starting all the way from 1912.  The tour takes you throughout the stadium to the visitors’ club house, press room, and the seats above the high left field wall.

Boston is known for its brews.  This tour gives a behind-the-scenes look of the mechanics and history of brewing beer, as well as a visit to four different Boston breweries.  Here, you’ll sample between 15-20 different pilsners, stouts, and other beers.  This tour offers a day and evening option.

When you get hungry, head to this location for some great food.  Quincy Market dates back to 1824 and is named after Mayor Josiah Quincy who spearheaded its construction without debt or tax.  The lively market is a mecca of stores and restaurants, including a replica of the famous “Cheers” bar.  You can find scrumptious culinary items in the food hall or pick up a souvenir or two for back home.

A ghost tour must be on the list of things to do for a city with such a long and historic history.  Hear tales from Boston’s mysterious past and visit some of the most haunted places in the city.  You’ll even get to go to the places that the spirits haunt.  The tour begins Downtown where you’ll get some spirits from the bar, before learning about the other type of spirits that might be lurking nearby.

With over one million visitors, every year, the New England Aquarium is a leader in marine conservation.  It is home to thousands of animals, from northern fur seals to African penguins, the aquarium has it all.  Visitors can also experience the shark and ray touch tank, and the four-story coral reef home to the green sea turtle.

This was American patriot Paul Revere’s original colonial home during the American Revolution, but also the oldest home in Boston.  This three-story home is now a museum that provides information about this important time in the U.S.’s history.  There are no pictures allowed here, so leave your iPhone in your pocket and check out the museum’s gift shop for pictures and postcards instead.

There is so much to enjoy at Franklin Park.  Set on 527 acres, the park has ponds, a garden, an arboretum and plenty of open green space to picnic.  The park is also home to the Franklin Park Zoo, which tries to protect the natural world by conserving wildlife.

Take a stroll through the Boston Harborwalk, a waterfront path which passes along piers, boats, and wharves.  The park stretches for 43 miles going from the Neponset River through East Boston, the North End, Downton, the Seaport, and South Boston.  While you can’t walk the entire thing, you can at least enjoy a little slice of it during your travels.

Have fun walking through the market, and maybe pick up something delicious to eat along the way.  The Boston Public Market is a year-round, indoor market full of local foods, flowers, and crafts.  Here you can find local specialties sourced from New England as well as prepared breakfast, lunch or dinner.  Everything in the market is produced in New England, as the seasons allow.

The North End is known as Boston’s Little Italy.  With restaurants, bars, pubs, and cafes, you’ll leave completely stuffed and satisfied.  Although it is hard to choose among the many amazing restaurants, Basile is known for its handmade pastas.  If you are visiting Boston during the summer, check out the list of festivals being hosted in the area for some more Italian delicacies and entertainment.

This museum allows you to be a part of the famous event that altered the history of the country.  Located on the Congress Street Bridge, this floating museum is truly unique.  It involves live actors, interactive exhibits and replicas of 18th-century vessels.  Meet some colonists, explore the ships, and you might even have a chance to dump tea overboard.

No matter what time of year you visit, Boston has so much to do.  You’ll have the chance to learn about the early beginnings of America while having fun in a city with a great vibe.

7 Group Activities for Business Conference Planners to Consider in Dallas

Is your business headed to Dallas, Texas for a conference? Planning fun activities that keep

$500,000 Food and Ghost Tour Restaurant Giveaway Terms and Conditions Apply We have been trying 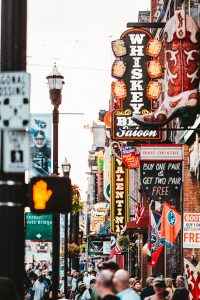 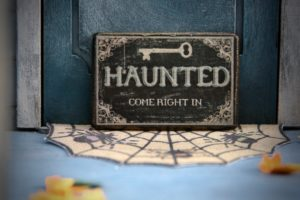