Tampa is a beautiful city with stunning landscapes. The tropical climate makes it one of the best locations to spend time outside. Luckily, the number of parks around the city makes it easy to enjoy the great Tampa outdoors.

However, some trying to enjoy a day at the park have gotten more than they bargained for. Picnics and play-dates have led to unexpected ghost sightings. Many park-goers have eerie stories to tell about their experiences at these Tampa area locations.  If you want to take a Tampa ghost story tour, click here.

Along the Hillsborough River sits the beautiful and spacious Rowlett Park. The stunning, sun-filled space is home to peaceful walking trails and perfect fishing spots. It’s a great way to spend the afternoon relaxing with family and friends.

Taking advantage of the Hillsborough Rivers serene waters is easy from the park. Take your canoe and make your way down the winding river. You can even row under the park’s infamous trestle bridge. There, you might find that the alligators that the signs warn you about aren’t the scariest park guests.

The graffiti-covered trestle bridge has provided crossing over the Hillsborough River for years. The rusty metal structure has definitely seen better days. The history of the bridge has also made it a hotspot for spiritual sightings.

A man working on the bridge when it was being built tragically fell to his death. He’s been heard screaming for help to this day. However, when people attempt to rescue him, they encounter a terrifying sight.

The image of the man turns into a horrifying creature when they approach. It’s been said that only a few people that have seen this monster have lived to tell about it. It’s likely that many of his victims have either died of shock or their scare knocked them off balance and to a watery death below.

Are you brave enough to visit this cursed bridge? Will you answer the mysterious man’s cries for help? The bridge is surely a unique experience at this otherwise peaceful park.

Opened in 1948, Philippe Park is the oldest park in Pinellas County. Nestled along the Tampa Bay shoreline, it provides access to the beautiful waters with its boat ramp. It’s also a great place to enjoy everything the bay has to offer, including saltwater fishing.

The park was named for Count Odet Philippe, who is famous for his rich plantation of citrus trees. His influence made grapefruit popular in the area, leading to Florida’s reputation as superior growers of the fruit. The park sits on the land where Philippe once grew his harvest. There are still citrus trees scattered about the grounds today.

The park is one of the most scenic in the area. It’s shaded by mossy oaks and swaying palm trees. You can take in views of the Tampa Bay as you wander the walking paths or enjoy a picnic.

Inside the park, an impressive mound built by the Tocobaga Indian Tribe is an impressive reminder of the past. The largest mound in the region, it is protected as a National Historic Landmark. However, the mound has a little mystery surrounding it to add to its history.

Visitors have experienced feelings of a presence when around the mound. The quiet of the water and the stillness in the air make for an eerie experience. Paranormal investigators have even found high levels of activity at the park.

Could it be that the tribes of the past are unsettled with the use of the land? They found it sacred enough to form their mound atop it. Perhaps they are angry that their treasured land is now a recreational space.

Maybe Odet is struggling to leave his beloved plantation. He adored tending to his trees and cultivating his fruit so much that his spirit might not be able to leave. Lingering amongst the remaining citrus trees might be where he is choosing to spend eternity.

Just as recently as 2009, another tragedy struck the park. A man was found on a park bench, dead from an apparent suicide. Could his spirit have remained in the park, regretting his actions?

The mystery surrounding Philippe Park and its Temple Mound may never be solved. However, a visit to this tranquil park will leave you impressed by its beauty. Plus, you may be surprised when your visit isn’t as peaceful after all.

Lettuce Lake is one of the most popular parks in the area. Visitors are drawn to its over 3,000-foot boardwalk and opportunities to canoe and kayak. It gives park-goers the chance to experience all that the Hillsborough River has to offer.

With walking trails and an observation tower, there’s something for everyone. You can even take a ranger-led tour to learn more about native plants and animals. The picnic areas give you the perfect place to refuel after a day of fun.

However, the park also has a dark side. Legend has it that two fishermen came to the popular waters for a day of relaxing fishing. Unfortunately, a dispute abruptly brought their fun outing to an end.

Their tempers got the best of them and the men got into a violent brawl. They were so angry that they badly injured each other. Neither man made it out of the park that day.

Lowry Park Zoo is one of the most family-friendly zoos in the country. The non-profit attraction focuses on preservation and conservation. The exhibits are beautiful and the zoo even offers experiences like giraffe encounters and photos with the koalas.

Every year, the zoo hosts a Halloween event called Creatures of the Night. Visitors can attend this family-oriented event for spooks and thrills amongst the wildlife. However, according to stories, all of the eerie activity might not be part of the show.

One zoo guest loved the exhibits so much that they can’t seem to leave. They have made the zoo’s restaurant their permanent home. A visit to the zoo after dark can give you a chance to witness this strange phenomenon.

The tables and chairs in the restaurant often shake and move on their own. Items fall from counters without being touched. Sometimes, diners are unexpectedly spooked when they feel their seat being rattled.

The Curtis Hixon Waterfront Park is located on the Hillsborough River in the downtown Tampa area. It’s in a great location, near many of the city’s attractions. Because of its spacious design and pavilion, the park plays host to many events.

The park has hosted a trick or treat on the riverwalk. It’s also featured an outdoor scary movie viewing experience. However, these spooky events aren’t the only eerie thing happening in the park.

A man has been seen standing on the park paths after dusk. He’s wearing jogging clothes but remains calmly standing still. Those that have seen him say that he seems to appear out of nowhere.

The mysterious jogger seems to disappear just as suddenly. Could he be simply still trying to enjoy the park’s beautiful paths? Or is he an unsettled spirit that can’t seem to leave the park grounds?

Tampa’s parks seem to have a pattern of supernatural activity. They are full of mysterious stories and happenings. Each unique park has its own history and story to tell.

Exploring Tampa’s parks can give you a chance to witness these phenomena. You’ll be able to enjoy the balmy gulf coast air and lush foliage. Plus, you might get to see one of the park’s permanent visitors for yourself. 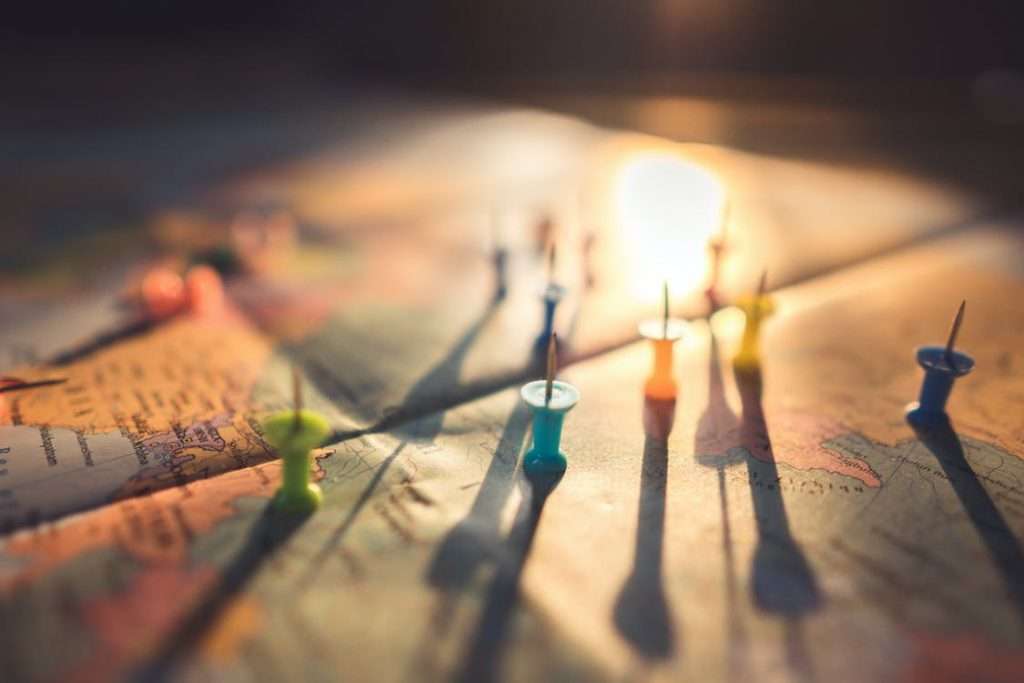 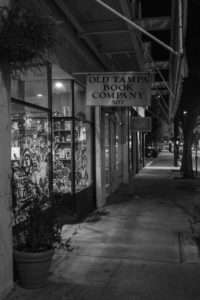 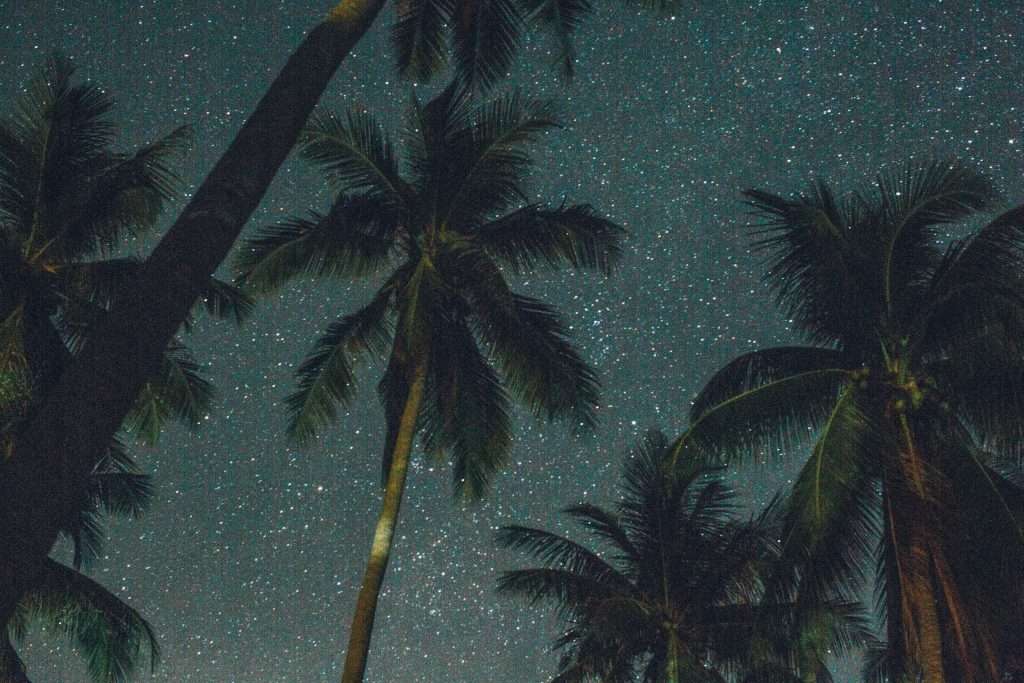 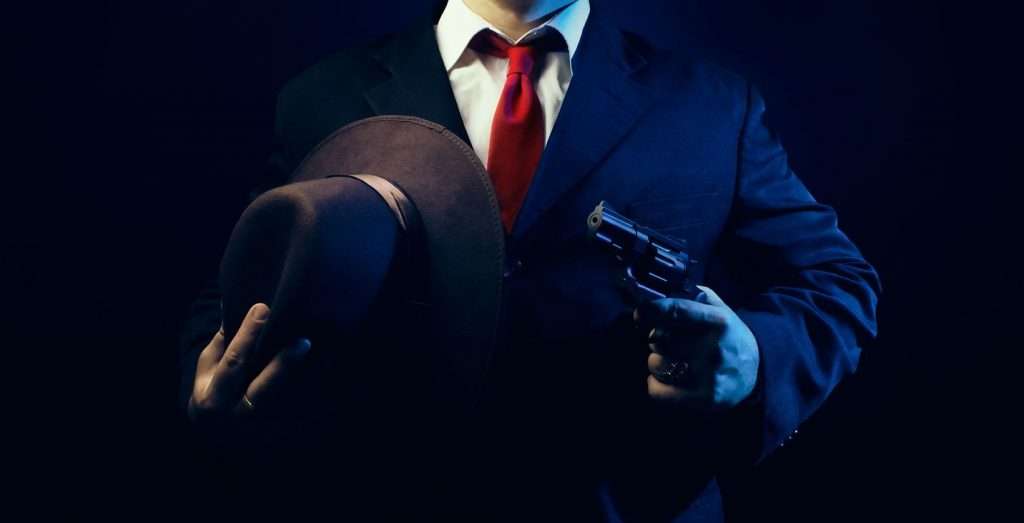