Nashville is a fascinating city in many ways. The Grand Ole Opry, Elvis Presley’s Graceland, and too many bluegrass and honky-tonk artists to list have all contributed to America’s music and culture. Today, Nashville is a modern city with excellent dining and bars. You don’t want to miss experiencing the wonder of Tennessee barbecue. But as you sit down to tuck in, you may just feel a chill pass by. Because charm, music, and delicious food aren’t all that Nashville has to offer. There’s also more than a few ghosts.

In the ’70s, developers cleared a stretch of land along the Harpeth River near Nashville. The property included the Pegram County Cemetery. During construction, dirt from the site was scraped off and sold as fill dirt all over town.

Soon it became clear that the developers hadn’t moved the bodies from the cemetery. A coffin washed up from the river into someone’s yard. Strange things started happening, not only at the original site but also wherever the soil from the cemetery had been taken. Houses far from the river had their basements fill with water, and inexplicable fires destroyed buildings.

The original prison was built in 1831, and it was specifically designed for harsh treatment. Prisoners were forced into long days of backbreaking labor. When the work was ended, they were marched back to their cells, and no one was allowed to talk to each other. A woman’s wing was added in 1892, but severe overcrowding soon forced the men and women to be imprisoned together. In 1898, a new prison building was erected, but many of the building materials were taken from the old building. Some people believe this brought any spirits wandering the old grounds into the new prison.

The unhappy souls of prisoners who died in this grim place don’t seem to be able to escape it, even today. People often hear strange sounds, like the clanging of something being dragged along prison bars. Footsteps will approach from behind, but when you turn around no one is there. And screams sometimes echo through the grounds, sounding much like the unfortunate souls whose lives were ended there in the electric chair.

The Bell Farm is found in Robertson County, nestled within green, rolling hills. In 1817, it was owned by John Bell, whose life was pretty good, except for one thing. His neighbor, Kate Batts, believed he had cheated her out of some money, and she swore on her death bed that she would haunt him and his descendants. After she was gone, he and his family reported relentless strange noises and experiences. They often felt as though they were being pinched or having their hair pulled.

Today, the original farmhouse has been torn down, but tours are allowed in a cave on the property, which is said to be the most haunted spot on the entire farm.

In 1900, a former railroad terminal was converted into a stunning hotel. Beautiful Italian marble floors, crystal chandeliers, and limestone fireplaces gave the hotel style that endures even today. But that’s not all that’s stayed with the Union Station Hotel. In room 711, there’s said to be a permanent guest. The spirit of a young woman named Abigail has claimed that room, and she doesn’t seem to be leaving anytime soon.

Abigail went to the train station during World War II to say goodbye to her fiancé, who was being sent to fight in France. When she found out later that he had died in battle, she went back to the station and threw herself in front of a train. Now she is said to wander the hotel, looking for her lost love

This mansion was once a part of a 1,000-acre plantation that was built in 1859. The beautiful building and rich fields all around it should have made it a happy place for the owners to live — except for a very serious problem. During the home’s construction, the remains of nearly 100 Native Americans were found. Sadly, instead of being buried elsewhere, they were tossed aside, and people even used the skulls to decorate their homes.

At least two female apparitions have been seen wandering the grounds of the mansion, and many people report a deep sense of foreboding when they draw near.

There are many good reasons to experience the joys of Nashville. Nightly Spirits can show you the real history of the city. We have an assortment of ghost tours, including one that is appropriate for all ages, and one that centers around the excellent food you’ll find in the city. To take a walk through Nashville’s past, book a tour today. 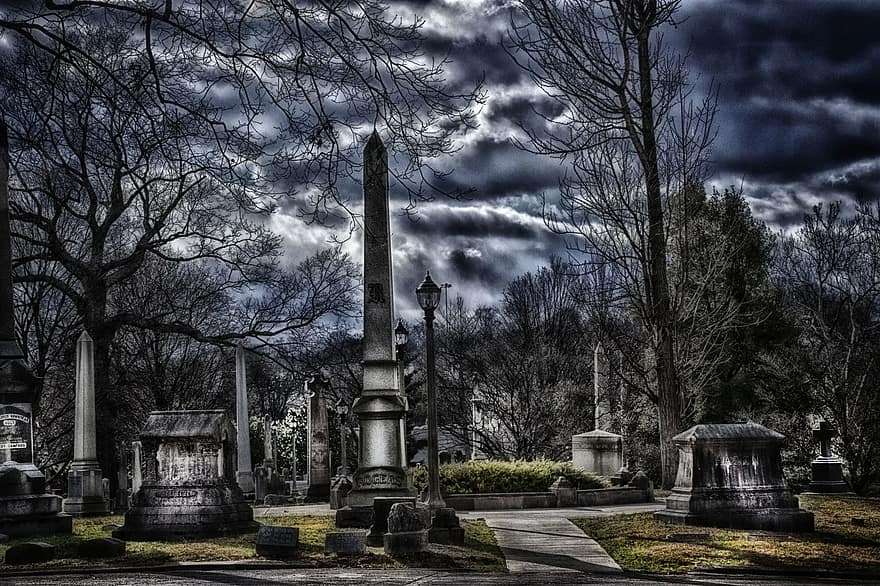 On Union Street sits one of Boston’s oldest buildings. The Union Oyster House is a stunning