A New Orleans ghost tour is a must-do for most travelers to the legendary city; after all, it is considered one of the most haunted places in the entire world. Between the dark corridors of the French Quarter, the gaiety of Bourbon Street, and the picturesque mansions of the Garden District, the city is rife with haunted pubs, hotels, and cemeteries.
One of the most fascinating ways to explore New Orleans’ haunted history is through the stories of its haunted mansions. In the coming weeks, we will continue to dive into some of the most beautiful of the haunted mansions New Orleans has to offer, with their splendid ghostly history.

Once upon a time, these haunted mansions were home to the city’s most remarkable characters; if the stories of ghostly apparitions are true, their spirits remain to this day.

Today we explore a haunted mansion on Louis Street, right in the heart of the French Quarter. If you are faint of heart and would like to encounter a New Orleans ghost of a more friendly variety. you might encounter such a ghost here.

It seems that its spectral inhabitants are just dying to meet you.

If you are an American Horror Story fan, you might have seen the season that took place in New Orleans. Delphine LaLaurie was a central character to that season, and for good reason—her gruesome crimes of murder, torture, and abuse towards her household slaves are renowned as some of the most horrific in all of history.
Delphine LaLaurie was a murderess, but she was also what the upper crust of New Orleans might consider a perfect hostess. The show’s producers surely wanted to depict that, but they didn’t film on-site in the real LaLaurie mansion (although the LaLaurie mansion was featured briefly as a local haunted attraction every single New Orleans ghost tour visits). Instead, American Horror Story interiors for the LaLaurie mansion were filmed inside the haunted mansion we will meet today: the Hermann-Grima house.

Considered one of the best-preserved estates in all of New Orleans, it served the gruesome (albeit heavily altered) story of Delphine LaLaurie perfectly; its yellow wallpaper and blood-red curtains certainly add to the haunted New Orleans setting depicted in the popular FX show.

But before this haunted mansion became a Hollywood celebrity in its own right, its history set the stage for a New Orleans ghost story.

A Brief History of this New Orleans Haunted Mansion

During the late 1800s, New Orleans experienced an explosion of growth, with immigrants from all over the world traveling to the Crescent City in search of new life, braving mosquitoes and disease.
One of these immigrants was Samuel Hermann, who became somewhat of a real estate agent and stockbroker to the many new arrivals migrating to the area. He not only found a lucrative new business, he also found love and was soon married. He would go on to have four children with his new bride, Marie.

This growing family must have needed a new house, for in 1831 Hermann hired architect William Brand to build a home that would be the talk of the town. The endeavor was certainly successful; with its Federal-style architecture and its gorgeous courtyard, it immediately became one of the most notable homes in the neighborhood—its reputation as a haunted mansion was to come later, of course!

But the higher one climbs, the further they fall—or so the saying goes. When the cotton market suffered a severe downturn, so did the stock market—and Hermann’s lucrative business. The Hermann family soon lost their mansion to the subsequent economic spiral. In a twist of fate, those who had benefited from their lavish lifestyle (a lifestyle largely built at the expense of slaves) had to abandon it.

Soon the house acquired a new family, but the new owners, Judge Felix Grima, his wife, and their nine children (that’s right, nine children) soon were forced to flee the house—the Civil War had come into their own backyard.

The new residents became Union soldiers, and surely, these were its hardest years. But when the war was over, the Grima family returned, patiently restoring their beloved mansion to its former glory.

With a history rather unmarked by gruesome tragedy, it seems that the residence has gained its reputation for being a haunted mansion. Yet, it seems the ghosts have a tale or two to tell…

The Hermann-Grima house is now a museum, and it seems to embrace the rather spooky ambiance that pervades New Orleans on the whole. Each year it re-enacts funerals of yesteryear; the entire mansion is made to resemble what it might have at the time, complete with mirrors draped in fabric, stopped clocks, and perhaps spookiest of all, a coffin placed in the parlor. It is said that at least one of the haunted mansion’s ghostly occupants often makes an appearance—the Widow Grima herself.
The ghosts that haunt the house are said to be of the most polite variety. They will tend to your needs as well as any mortal staff, and throughout the years have been known to assist with the hearth fire and even turning down beds. The ghosts will even perfume the home with lavender.

Visitors to the museum remark that they have spoken with people from the era—thinking they are costumed actors, only to find out later there was no costumed staff.

This New Orleans haunted mansion is not without its angry spirits, however. Some say the more cantankerous activity occurs near the wine cellar, where undoubtedly Union soldiers spent their leisure hours partaking of a different kind of spirit.

Or, perhaps the slaves upon which the Hermann-Grima mansion was built are railing against the injustices heaped upon them in their time. Indeed, it is important to wonder why ghosts remain centuries after their death; perhaps they linger as a testament to the harsh realities of their time.
Hungry for more stories of New Orleans ghosts and haunted mansions? Don’t miss the story of New Orleans Haunted Mansions for the most fascinating vampire in New Orleans, and the mansion associated with this rather peculiar story. 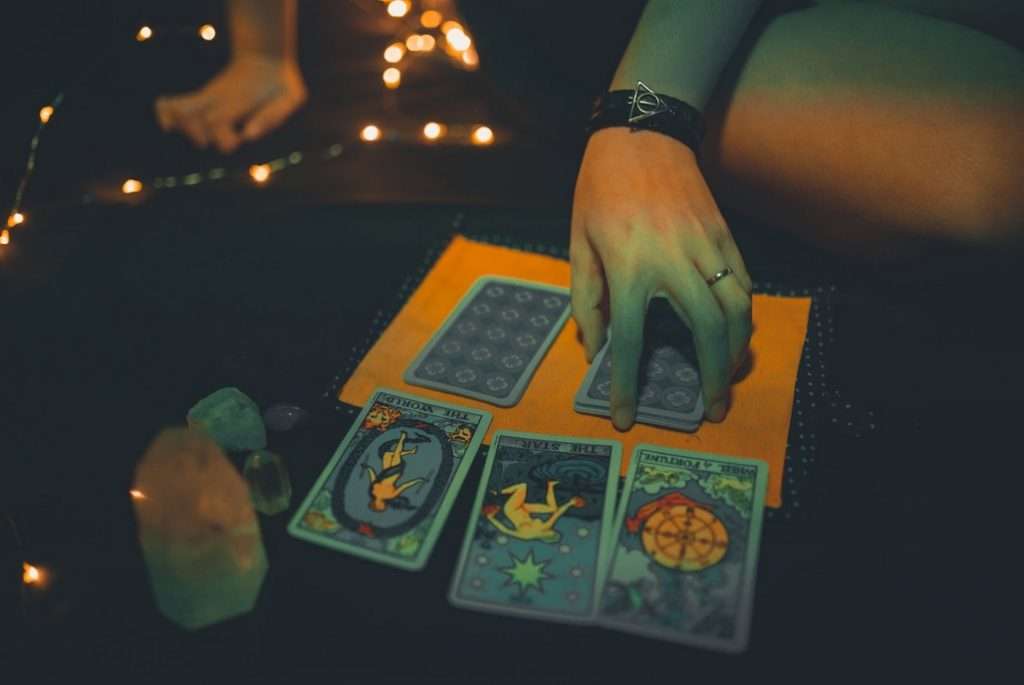 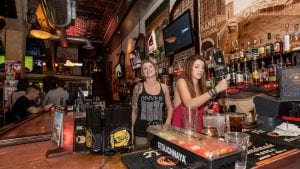 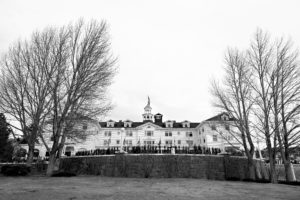 Stay at the Most Haunted Hotel in Colorado

The Stanley Hotel: The Haunting Beauty of a Frightening Night’s Sleep Any big hotels have 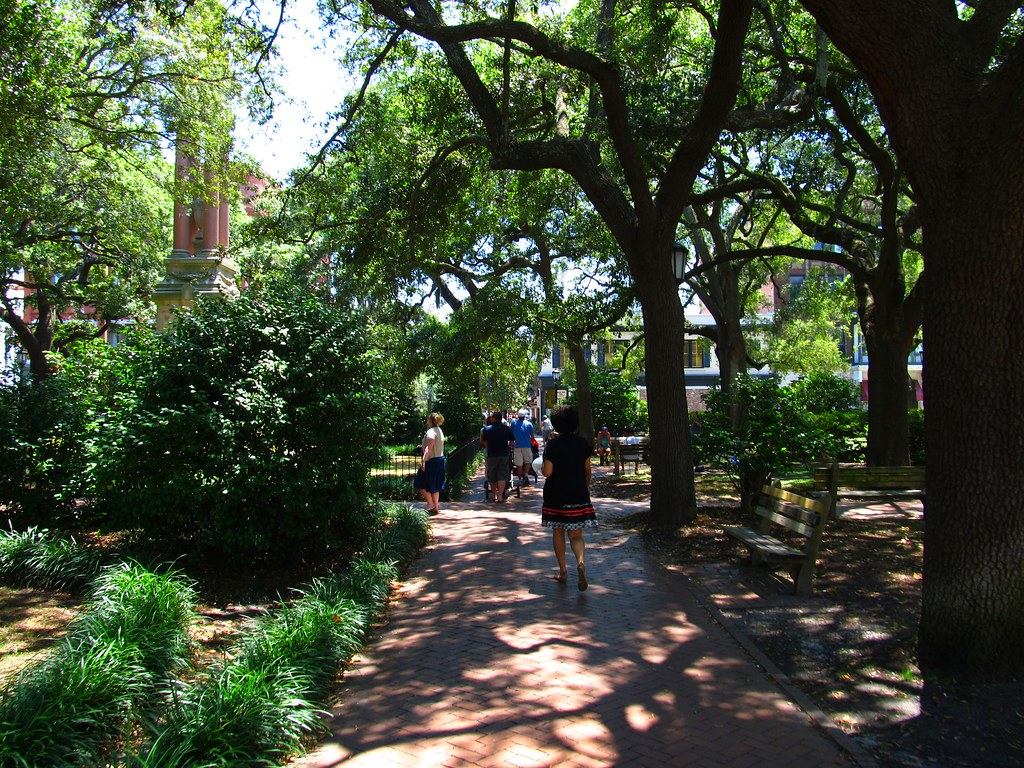 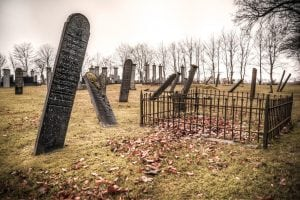 Colonial Cemetery Ghost Tour The city that lives upon the dead. That’s what they call