The harbor town of Boston is one of the oldest in America. It’s also one of the most haunted. Since the colonial days, it’s been collecting tales of death and tragedy.

Faneuil Hall is one of the most famous buildings in all of Boston. Now an indoor and outdoor market, it’s past is more complicated than just shopping. The hall and the areas around it are full of mystery and a long tragic past.

Back in 1740, Peter Faneuil decided to build the hall named after him using his inheritance and his income as a slave trader. Born in New York, Faneuil moved to Boston when his parents died, leaving him orphaned. His Uncle Andrew took him in and raised him as his own.

Andrew had amassed a large fortune and left it all to Peter. Peter went on to become a successful merchant, trading both goods and slaves. He soon became one of the richest Bostonians of the time.

However, Peter had no children or younger family members to leave his fortune to. Wanting to cement his memory, he decided to invest in building a landmark for the city. As a tradesman, he felt a centralized place to buy and sell goods was important to the growing city.

Peter attended a public meeting where he pitched his plan. With his commitment to solely fund the building, the local government seemed to have no choice but to accept his offer. In a vote, Peter’s proposal narrowly passed by seven votes and the building was approved.

That September, the building began. The open first floor would serve as the open market area. Peter also decided to add an assembly room on the second floor. The building was named for Peter Faneuil, creating a lasting legacy for the donor.

The building took two years to complete, opening in September of 1742. Ironically, Peter died just six months after Faneuil Hall opened. He was buried in The Granary Burying Grounds and left his large fortune to his two siblings.

The History of Faneuil Hall

Over the years, Faneuil Hall was used for a wide variety of uses. It was a central location for the growth and development of Boston. It also experienced tragic destruction and large scale renovations.

The hall was used largely for Boston local government meetings and functions. The addition of the upstairs meeting group provided the perfect space for the city’s leaders to assemble.

A fire destroyed the entire inside of the hall in 1761. Local leaders devised a plan to raise money to bring the hall back to life. Holding lotteries, they were able to make enough funds to rebuild the interior of Faneuil Hall and reopen it in 1763.

During the Revolution, the hall was a meeting point to discuss the Parliament and taxation from England. The hall became a place to fire up the resistance against Great Britain. Eventually, the meetings grew so big, they had to move to a bigger space.

When the war ended, faced with a growing population, Boston decided to renovate and expand the building in 1805. Architect Charles Bulfinch designed a plan to both add a third floor to the top of the building and double the width. It was reopened in 1806 and continued to serve as the government’s headquarters.

Throughout the 1800s, the hall was a setting for activism and growing political views. Known as “The Cradle of Liberty” for its large part in spurring the Revolution, it became a symbol for new movements and ideas. Inspiring meetings and speeches took place at Faneuil Hall for years.

In 1960, the same year Kennedy would give his last campaign speech there, the hall was designated a National Historic Landmark. It would go on to be restored in 1992 and added to the list of Boston Landmarks in 1994.

In March of 1770, during the Boston Massacre, a young runaway slave lost his life just two blocks away from Faneuil Hall. Crispus Attucks was shot to death, becoming the very first casualty of The American Revolution.

Attucks had escaped from his owner in Framingham and fled to Boston. He became a sailor, working out of Boston Harbor. Little did he realize that his bold actions would lead to his immortal infamy. There is now a Crispus Attucks Day and a monument honoring him on The Boston Common.

On that fateful night, he and four friends confronted British soldiers, leading to their tragic deaths. Frustrations over the British taking their local jobs had finally boiled over. Claiming fear for their lives, the soldiers shot the men. Attucks was moved to Faneuil Hall where his body laid for three days.

During the trial that followed his death, John Adams served as the attorney for the soldiers. In order to raise doubt of his innocence, he proclaimed that Attucks was crazed and aggressive. He painted a picture of a terrifying and violent man that the British soldiers were justified in killing for their defense.

The strategy Adams used worked. All of the soldiers were acquitted of killing Attucks. This injustice outraged the community. Community members began to hold ceremonies to summon the spirits of the victims, angry about the lack of justice.

Faneuil Hall and the streets that surround it have seen so much death. Walking through them, many have felt eerie feelings and have seen strange sightings. The violence has torn through the area in the past has likely left many a spirit lingering.

A visit to the site can give you a chance to have a spiritual sighting of your own. Will you spot the ghosts of those that lost their lives during the infamous Boston Massacre? Maybe you’ll see Crispus Attucks himself, angry about the soldiers that got away with taking his life so many years ago.

Ironically, both Peter Faneuil and Crispus Attucks are buried in the same cemetery. Granary Burying Grounds, just half a mile away from Faneuil Hall, is worth the walk. This graveyard is one of the most haunted places in all of Boston.

A visit to Faneuil Hall can be a truly unique experience. You’ll feel the history of the old building and the stories that have taken place there. Keep your eyes peeled for a supernatural reminder of the old hall’s past.

You can shop the many retailers that call the hall home as you look for paranormal activity. There are tons of dining choices to fuel up after ghost hunting. Be sure to check out the artifacts on display for a historical experience.

Faneuil Hall is a great place to start your exploration of Boston. With so many nearby attractions and haunted places, it’s a perfect way to seek out spiritual activity. Plus, with so much history, you’re likely to sense the overwhelming amount of tragedy that’s taken place in and around the hall.

Walking the streets that line Boston Harbor can be an ideal chance to catch a glimpse of spiritual activity. The historic area is bursting at the seams with tales from the past. So keep your eyes and ears peeled, you don’t want to miss your chance to have an encounter with one of the many spirits still residing in the coastal town. 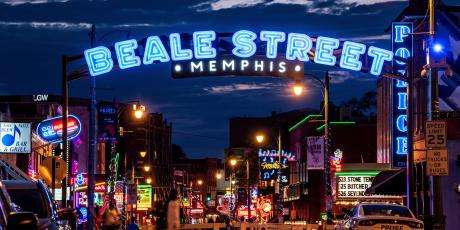 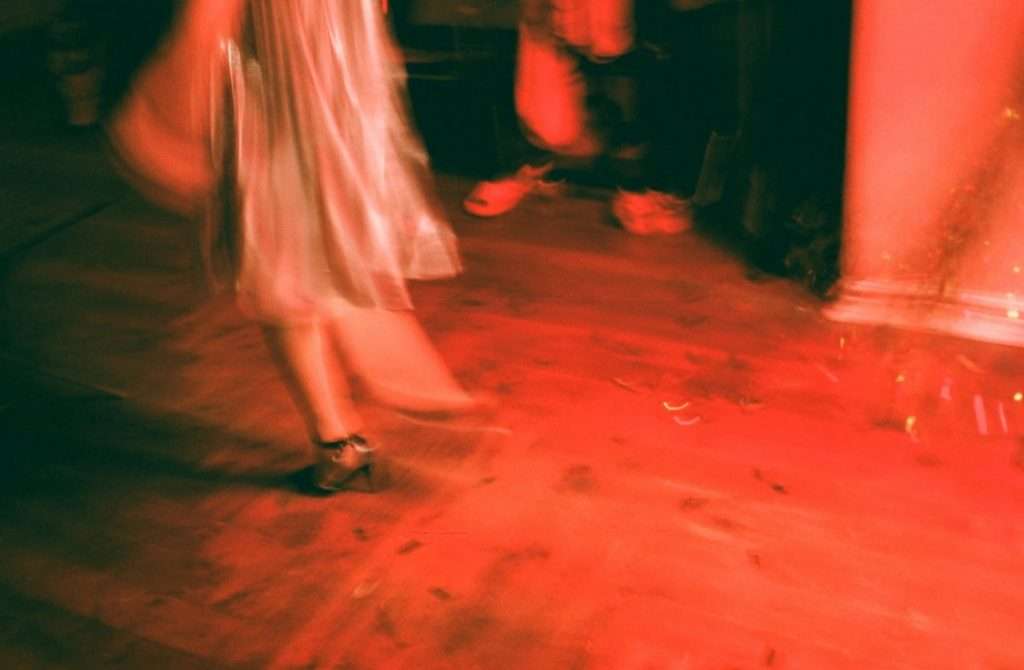 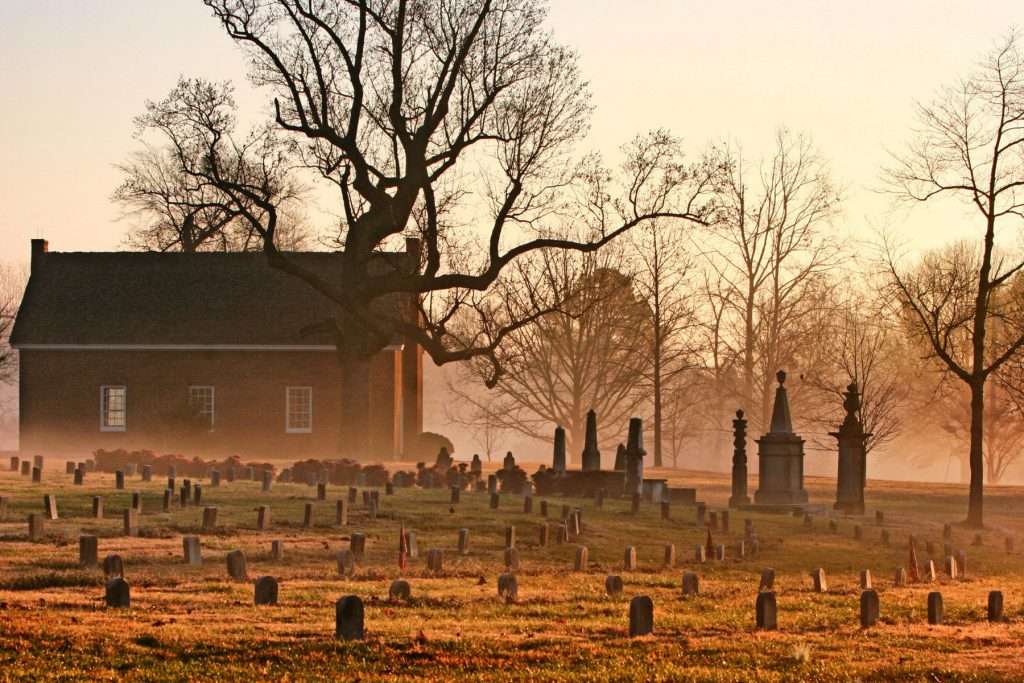 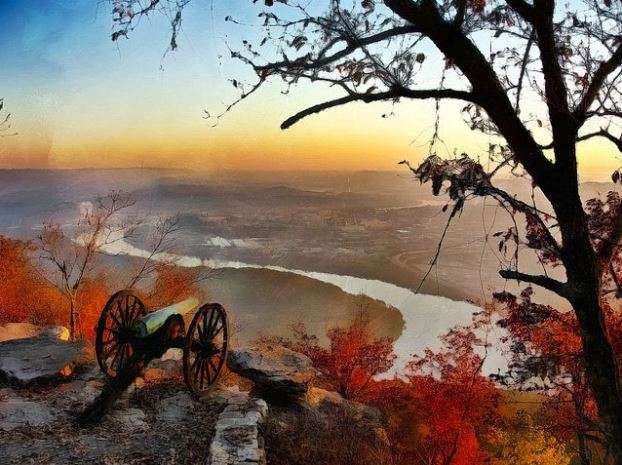 The Haunted History of Fort Warren

In Boston Harbor, at the entrance to the city, lies Georges Island, home of Fort Warren. Purchased